A new spot is opening in Colleyville this week: Stone House Restaurant is serving up fresh-food-focused dinners. The new spot, which opened Monday, sits inside a 1940s stone house in Colleyville — hence the name.

Co-owners and Colleyville residents Paul and Lisa Pardo thought they had retired from the restaurant business before opening Stone House. Previously, they owned Coal Vines Pizza and Wine Bar in Southlake.

However, every time they drove by the stone house in Colleyville, Lisa said they were inspired.

“To us, it just kept saying ‘restaurant,'” she said. 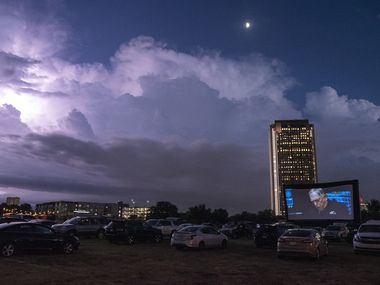 And so they moved to open a restaurant and they’ve brought in two partners: a chef and general manager, both with previous careers at Del Frisco’s Restaurant Group.

Chef Thomas Dritsas was the corporate executive chef at Del Frisco’s Restaurant Group for more than 20 years, according to the restaurant’s website. Lisa Pardo said that the chef’s focus for the Stone House Restaurant menu has been on fresh food and ingredients.

Greg Kalina was formerly general manager for Del Frisco’s Restaurant Group in Fort Worth. Now, he’s part of the Stone House team as a partner and general manager.

Opening a restaurant in a pandemic proved a “blessing,” and Lisa said it gave them more time to prepare and the ability to move at a slower, more relaxed pace in the process.

With the menu focused on fresh fixings, Lisa brought attention to the variety of what they call “shareables,” with items like queso, hummus, oysters, shrimp, biscuits and more.

Their menu boasts a variety of steaks and chops, from a hand-cut filet mignon to lamb sirloin, and other entrees like shrimp and grits and “roasted 7 spice chicken.”

Lisa noted that one of their signature cocktails, The Boulevard, is named for the street the restaurant sits on: Colleyville