The White House blocked the Centers for Disease Control and Prevention’s attempt to extend its “No-Sail Order” on cruise ships in U.S. waters until next year, according to reports.


The order, which prevents “cruise ships with the capacity to carry at least 250 passengers in waters subject to U.S. jurisdiction” from sailing, has been in effect since March, and extended multiple times, was set to expire on Thursday. While Robert Redfield, the director of the CDC, pushed to once again extend it until February 2021, he was overruled, Axios first reported, citing a conversation in the White House Situation Room.

© Sam Greenwood/Getty Images
The CDC intended to push the order to February of next year.


Instead, per Axios, the Trump administration plans to extend the order to October 31 — a date that aligns with the decision by the Cruise Lines International Association to postpone ocean sailings in U.S. waters until at least November. The CLIA represents major cruise lines around the world.

Republican politicians in Florida, where a large contingent of the U.S. cruise industry is based, and cruise industry lobbyists have called for an end to the “No-Sail Order,” The New York Times reported. The White House denied the move was political, Axios noted.

“The president, the vice president, and the task force follow the science and data to implement policies that protect the public health and also facilitate the safe reopening of our country,” White House deputy press secretary Brian Morgenstern told Axios. “It is not about politics. It is about saving lives.”

While cruise ships may be able to launch in November, several lines have suspended sailings into next year, including Carnival Cruise Line, which canceled cruises until the spring and predicted it won’t see

By [email protected]_84 9 months ago
CLOSE 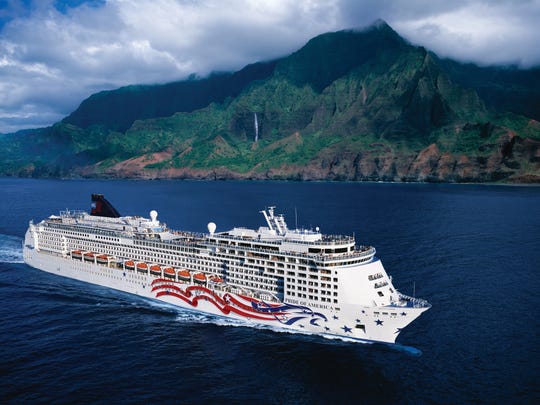 The Centers for Disease Control and Prevention will extend its “no-sail” order for the U.S. cruise industry through Oct. 31, a person familiar with the situation but not authorized to speak publicly told USA TODAY.

The CDC’s previous order had been scheduled to expire Sept. 30 after extensions to the original mid-March order in April and again in July.

The CDC requested that the order be extended to February 15, but compromised with the White House Task Force to extend until Oct. 31 four days before the Nov. 3 election.

USA TODAY has reached out to White House officials for additional information.

On Tuesday night, Axios reported that CDC Director Robert Redfield was overruled in the White House Situation Room regarding a Feb. 15 extension.

U.S. COVID-19 daily cases are down from a high in July but continue to exceed those of most other countries around the world, according to data from Johns Hopkins University. The U.S. has logged nearly 7 million cases of COVID-19 and more than 200,000 deaths.

Cruise industry voluntarily suspended US operations until Nov. 1, but that could change

In August, Cruise Lines International Association, the major trade organization for oceangoing cruise lines, announced its member lines would not sail in U.S. waters through Oct. 31.

The trade organization’s member lines carry 95% of the world’s ocean-going cruisers. Like the CDC’s order, the directive applies to vessels that can carry 250 or more passengers.

“We believe it is prudent at this time to voluntarily extend the suspension of U.S. oceangoing cruise operations to Oct. 31,” CLIA said in a statement provided by Bari Golin-Blaugrund,