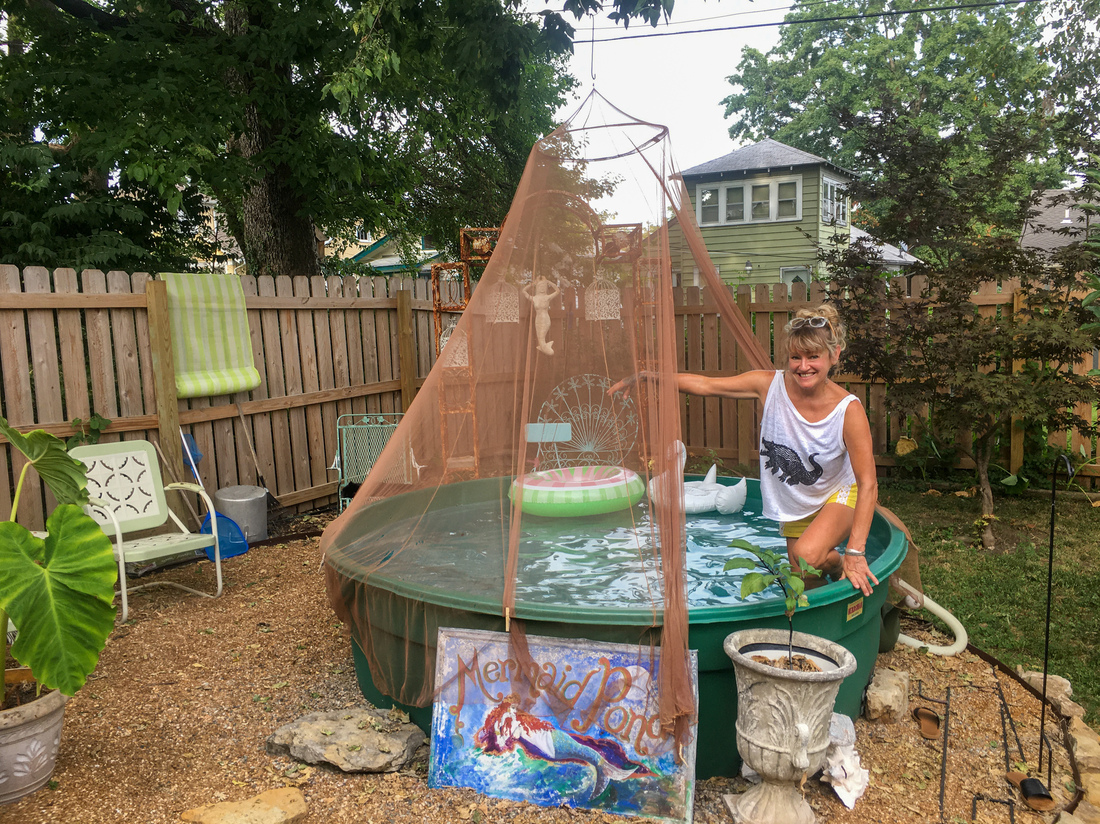 “It used to be a backyard. Now it’s a summer oasis,” says Astoria Camille of the water feature she built in her mother’s Kansas City, Mo., backyard using an old stock tank and 53 bags of pea gravel. 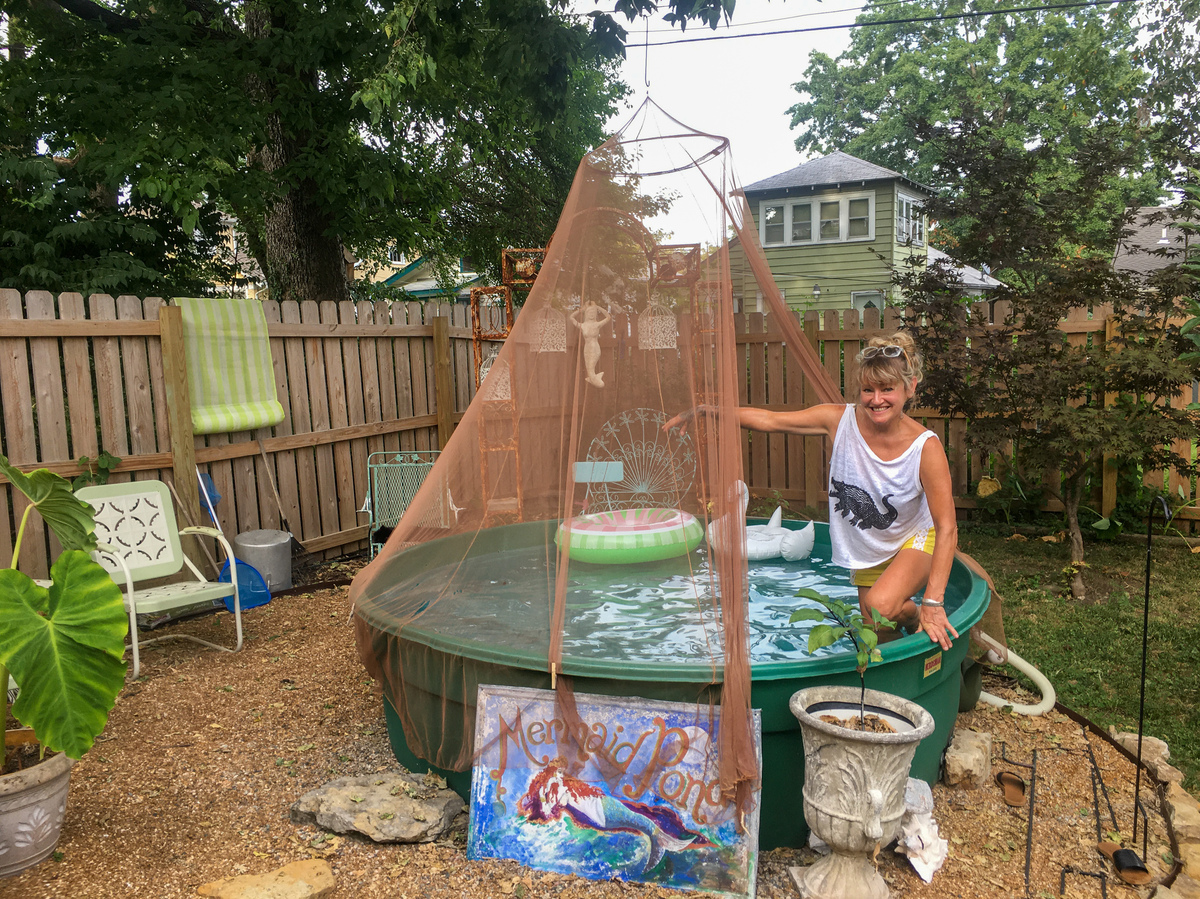 “It used to be a backyard. Now it’s a summer oasis,” says Astoria Camille of the water feature she built in her mother’s Kansas City, Mo., backyard using an old stock tank and 53 bags of pea gravel.

The sound of power tools is roaring in neighborhoods across the United States.

In the Brookside neighborhood in central Kansas City, Mo., John Buhr has do-it-yourself projects going from top of the garage to the basement.

“As soon as COVID hit, we needed someplace the kids could play,” Buhr says, noting that neighborhood parks were closed. “So we put a playhouse down [in the basement] first and then found the kids liked it so much that we went ahead and built a living room. And then my wife needed the space to work.”

So now Buhr is building an office for his wife in what was an unfinished attic above the garage. He’s also working on a self-contained apartment for his parents and in-laws to use when they’re in town for extended babysitting visits.

“This all kind of became immediately necessary, thanks to COVID,” Buhr says. 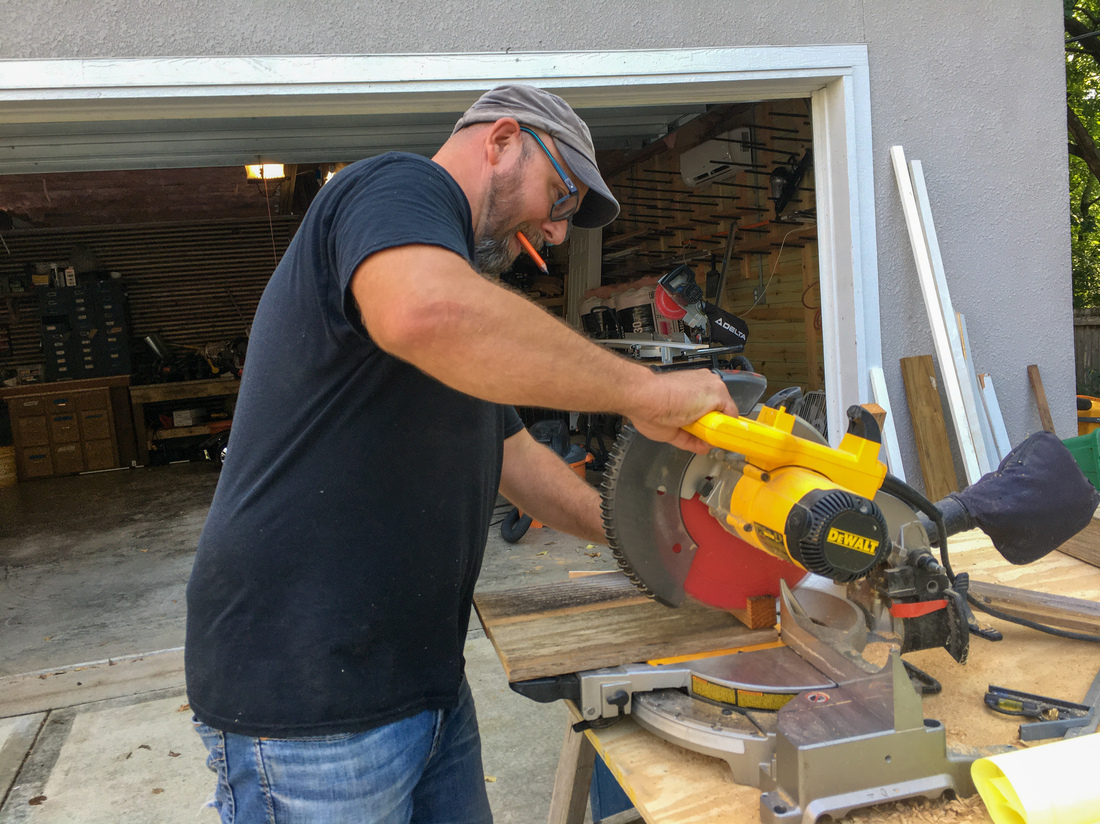 John Buhr now devotes much of his time to fixing up his family’s home in Kansas City. He’s building a playhouse for his young children, an apartment for the grandparents to use on their extended babysitting visits and an office for his wife, who supports the family working in the tech industry.

Necessity is one factor driving the building boom. Americans have been forced to use their houses more — and differently. But that doesn’t account for the huge spike in demand documented by Max Anderson, chief economist at Porch.com. The company is an online marketplace connecting homeowners to contractors.

“This is all-time highs,” Anderson says. “In terms of like measured history in the United States, this is the, the highest levels of, of home improvement spending we’ve ever seen.”

Home improvement spending has been on a long steady rise, so it’s not too surprising that U.S. homeowners are on track to spend more than ever this year, but the surge in demand is striking.

Anderson says that just over 3 out of 4 homeowners whom Porch.com surveyed have completed a major project since the start of the COVID-19 pandemic, and roughly the same percentage have one on the drawing board. Homeowners younger than 40 are the most likely to have completed projects this year, though more than half of baby boomers have done home improvement work too.

That’s way more than average, he says, and it’s partly because some homeowners, like Wanda Taylor in Kansas City, find themselves with some extra cash on hand.

“My partner and I, we like to travel quite a bit,” Taylor says, smiling. “We like theater. We like live music. And so that’s how we spend our money. But then suddenly all that stopped, and so, if I can’t travel, I chose to put my energy in the place where I am.”

By that, Taylor means her home. She’s standing in a newly finished basement with a comfy den, a wet bar and a pantry — all new since the coronavirus pandemic.

Wanda Taylor used money she would have otherwise spent on travel, restaurants and live entertainment to redo her basement. “It’s just a sweet place for me,” she says.

Anderson says that rock-bottom interest rates also make home improvements more attractive. And he says that in unsettling times, spending on one’s home can be a comforting investment.

The categories of home improvement surging the most, though, have to do with work outside the home — just outside of it, that is, primarily in the backyard. There has been an almost threefold increase in building decks, and the number of people putting up fences is up sharply as well, according to Anderson.

And a lot of the work going on in backyards slips under the radar of people like Anderson. Astoria Camille, for instance, is working on a scrappy project behind her mother’s home in Kansas City’s Troostwood neighborhood.

“It used to be a backyard. Now it’s a summer oasis with a dipping pool that my mom likes to call a pond,” boasts Camille, motioning toward the large, round green plastic stock tank she reused as a swimming pool.

The reclaimed yard provides a nice place to relax in a controlled outdoor environment, another factor driving the pandemic building boom.

“So refreshing,” gushes Camille, wading into the “pond.”

The restaurant Camille works for furloughed her this past spring, so the budget for this project is limited, but like a lot of other do-it-yourselfers and contractors this year, Camille ran into material shortages. The river rock she wanted in order to help set an aquatic theme was nowhere to be found this spring, so Camille had to use 53 bags of pea gravel as a substitute. At 40 pounds a bag, she hauled them from the store in four trips.

Lots of people are running into supply shortages.

“Demand for outdoor living products is surging,” says Nancy Musselwhite, a building materials industry analyst for Principia Consulting. “Homeowners sheltering in place during peak COVID regulations developed a renewed interest in their backyards, really, as an extension of their home.”

The big one is lumber. Musselwhite says the supply of treated lumber, the kind that’s going into all those new decks and fences, shrank early in the pandemic, as stay-at-home orders slowed production. With the huge spike in demand, prices for deck boards and fence posts more than doubled — and supply dried up. Similar with framing lumber, the type used to make the skeletons of single family homes.

Musselwhite says big-box hardware store sales this spring shot up between 25% and 35% over the second quarter of 2019.

“If you’ve been watching a Home Depot and Lowe’s, earnings reports, they are killing it this year,” Musselwhite says.

The number of new houses being constructed across the country is up sharply since the pandemic started, and just the added cost of lumber now tacks more than $16,000 onto the price of an average new home, according to the National Association of Home Builders.

The shortage changed Buhr’s home improvement plans. He started building a fence but put the project on hold when he found it impossible to source new fence posts. But that hasn’t shut him down. He has found ways to improvise. Stacked neatly in his backyard is a minivan-size pile of gray lumber, all stuff Buhr salvaged from dumpsters and a fence demolition project.

“And it’s coming in handy since I can’t source a lot of the stuff I normally use. So I’ve been able to build a lot of, a lot of stuff out of this used material,” Buhr says.

Buhr says this kind of resourcefulness is part of the new normal, finding alternative sources for material, finding workarounds and just doing more with less. He says the pandemic has forced many people to prioritize family life and adopt a more agile approach to their well-being.

“It feels like there’s kind of a big reset happening,” Buhr says. “A lot more people are focusing on their family, their homes, you know, the stuff in our immediate vicinity. People’s bubbles have shrunk.”